Display Rules are rules that determine where various Sumo Apps will display on your site. The behavior of a Sumo app is split between Show and Don't Show rules.These rules can be set independently of one another, or set in conjunction with another to create more advanced conditional rules.

It's important to note that Don't Show rules will always win if there is a conflict. Display Rule options are the same for Show and Don't Show rules. However, they will have the opposite effect.

It is important to note that Display Rules can be used in combination with another to create more advanced, conditional rules. When you have 2 separate Display Rules, they don't work together since they are working as Rule A OR Rule B. As an example, if you add 2 separate rules on your form that say:

Those rules will work as either "show the form on URLs containing blog OR show on desktop devices". If you want those rules to BOTH apply to the form as 1 overall rule, you would want to create the first rule and then add the second rule to the first rule. In this case, the rules will work as "show on URLs containing blog IF the user is on a desktop device".

This can be done by clicking the "+" next to any rule.

Next, make sure Manual mode is enabled in the Visibility tab. On the right side you should see a section for Display Rules: 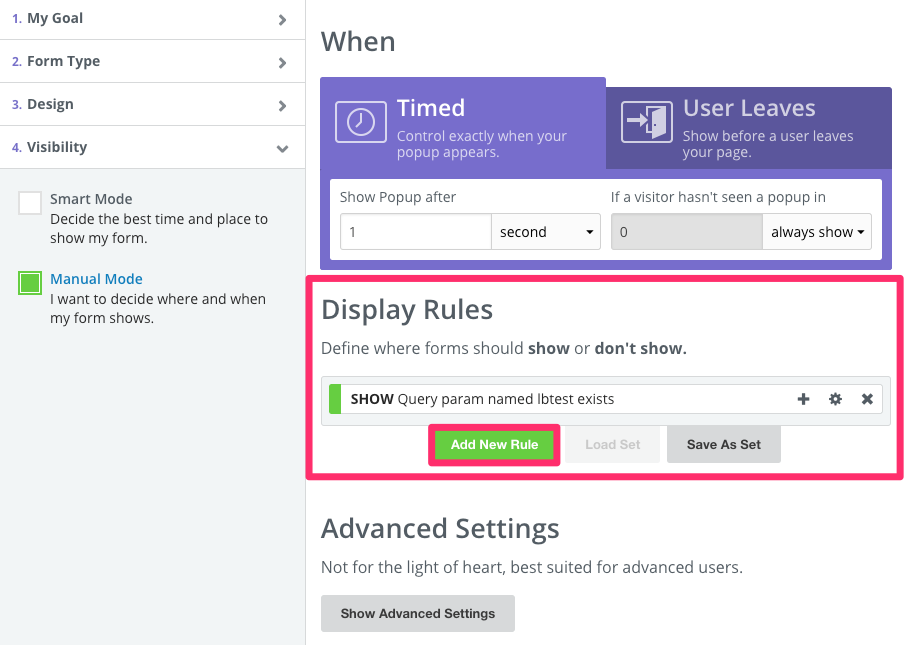 Click Add New Rule to create a Display Rule (for this Form only). Display Rule "sets" can be saved and loaded from here as well, if you wanted to use the same set of Rules on different Forms.

Aside from List Builder, all other Sumo apps can have Display Rules set in the same place. Let's use Share as an example. 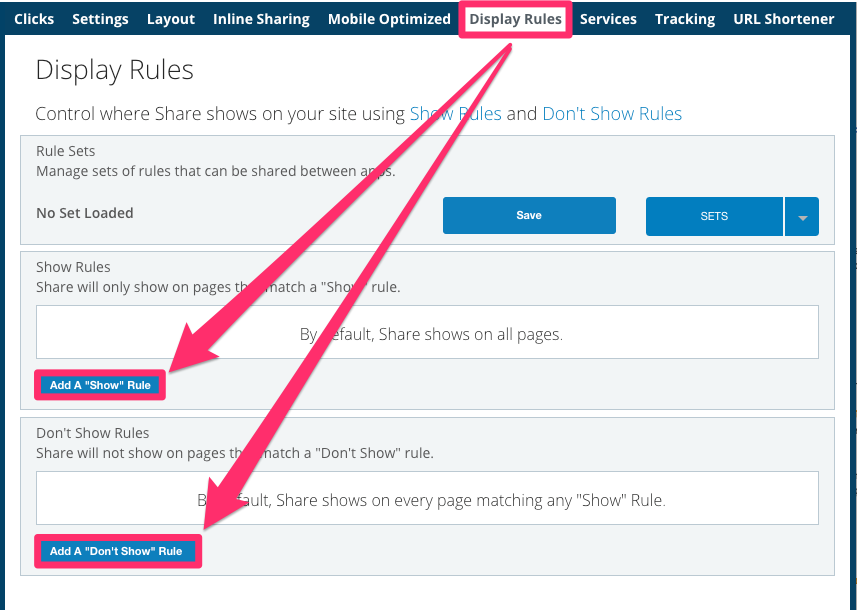 Open up the app and find the Display Rules tab at the top of the window. Now you can create a Show/Don't Show Rule or Save/Load a Display Rule set.

Did this answer your question? Thanks for the feedback There was a problem submitting your feedback. Please try again later.
Last updated on April 22, 2022